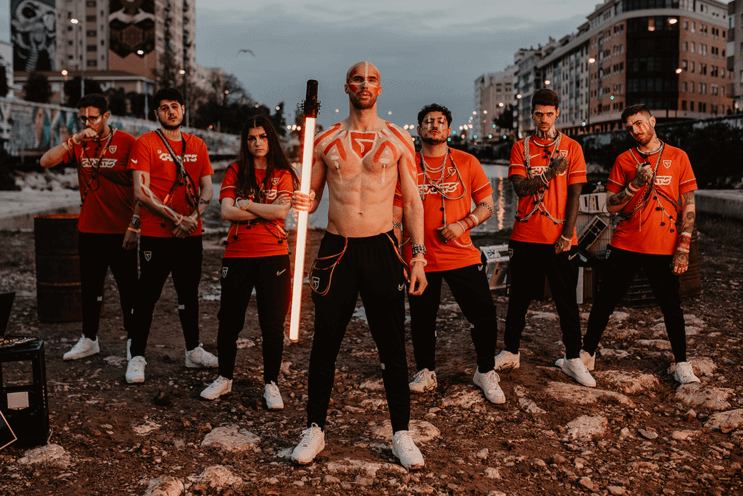 One of the biggest esports club in Spain

Giants is one of the biggest esports club in Spain. Known for its professionalism, breaking records, players, audience, followers, engagement and sponsors. Giants participates in a dozen games and in more than 30 national and international competitions. The combination of the team, its players and creators has more than 28 million followers across all its social networks.

Esports merchandise is not just a product. It is the symbol of an organisation

Giants decided to rebrand by refreshing their visual identity. One of the most important elements was to create new merchandise, which for fans is a symbol of belonging to the team and a chance to directly support the organisation financially. At such a time, the challenge is not only to present new products, but also to get fans on board in an engaging way.

Live streaming as an effective method of communicating with fans

No one is a better ambassador for an esports organisation than its members. Giants invited 24 content creators and streamers to stream on the days of the rebrand and promote the new merch.

But how do you make sure the new merch is well-represented across all streams at the same time?

Automation is the key

Giants decided to use Streamcoi, the automated streamer management platform. They set up 5 automated campaigns, each promoting a different product in their online shop. Streamers added to the Giants dashboard did not have to do anything, and one manager set up moving animations and engaging chat messages that appeared automatically a few times per hour. In total, merchandise animations appeared on the streams 6,765 times.

Until now, it has been difficult to measure exact numbers of live streaming campaigns, with platforms only showing general numbers like hours watched, or average viewers. With Streamcoi's reports, Giants was able to monitor the progress of all campaigns in real time and measure accurate data not only on entire streams, but on detailed product views. In total, all displays generated 8.5 individual million views and the link shown in the chat generated 23,350 clicks, which translated into a significant increase in sales for the Giants' online shop.

“At Giants, we are constantly working on applying the best technological solutions to improve the experience of our fans. We have many players and content creators. Thanks to Streamcoi, we can bring together their respective communities around a same concept, passion for Giants”

“Working with streamers can be difficult and time-consuming. Thanks to Streamcoi, we can coordinate several campaigns simultaneously with a few clicks. In addition, we have information about the campaigns in real-time, which also alleviates reporting to our partners.”

“I can create content without worries, it's a great benefit.”