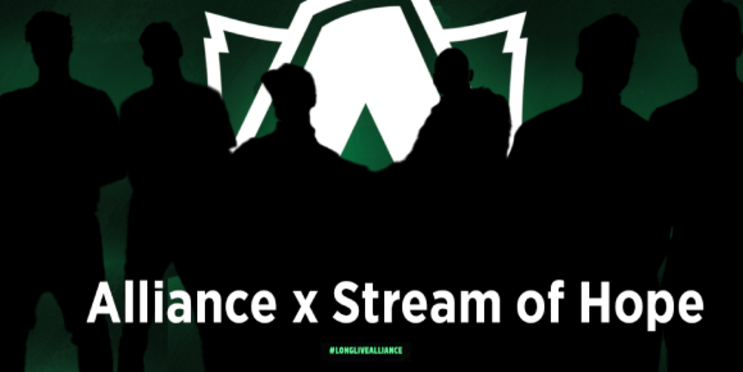 Alliance, one of the leading Swedish esports teams, joined the fight against childhood cancer with multiple pro players streaming on Twitch. They took part in the Stream of Hope, a global charity event that raises awareness and funds to fight childhood cancer together with The Swedish Childhood Cancer Fund. In addition, Alliance’s gamers and streamers used their own channels and ran Boomers vs Zoomers Dota 2 show match.

During the show match, Alliance esports organisation wanted to raise awareness about the project and money through donations while allowing participants to focus on the most spectacular game possible. So, instead of a static logo, they wanted to display animations that would pop up on the screen, encourage donations at crucial moments in the game, and show the most significant donors.

After a quick streamer configuration with Streamcoi, Alliance esports manager was able to:

Gamers could focus on the game, while managers could easily reach the audience with moving artwork displays and calls to action informing about the Stream of Hope.

“During our charity campaign by using Streamcoi I had an easy time managing giveaways and promotions via the players Twitch channel together with our social media team. It was quick and effective.”